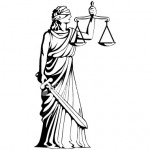 Today, the state supreme court rejected the plea of Arizona’s red-light camera company, American Traffic Solutions (ATS), to prevent Mukilteo voters from voting on our initiative in November.  The two sentence ruling (we don’t have it yet, but it is available) gave the voters two huge victories:

1)  They rejected the request for expedited review — since today is the day the county will print ballots and voters pamphlets, then that means it’s guaranteed that no matter what the voters in Mukilteo will see Mukilteo Initiative No. 2 on the November ballot.

Today’s supreme court ruling clears the way for a groundbreaking November vote on those obnoxious red-light cameras and speed cameras.

WHY THIS IS A BIG DEAL: It’ll be the first time in Washington that a city has ever allowed its citizens to vote on whether they want red-light cameras and speed cameras (over 20 cities have them and more are being added every year).  If they’re rejected by Mukilteo voters in November, it’ll have statewide implications for new cities thinking of putting them up, expansion of cameras in existing cities and it’ll encourage efforts by activists forcing public votes on cameras in other cities, and will likely spur the Legislature to address the cities’ Big Brother, profit-making scheme.

WHAT MUKILTEO INITIATIVE NO. 2 DOES:

*  Requires a majority vote of the people for the city to conduct for-profit cameras surveillance on the citizenry with red-light cameras and speed cameras.

We have great legal representation, from Groen Stephens Law Firm. But we still need your help to pay for the legal fees. Please make a generous donation, every bit counts. To continue the fight, please make a donation online through our fellow co-sponsor of the initiative, Washington Campaign for Liberty

We appreciate everything you have done to help us push back Big Brother and create a safer driving experience, people like you really make a difference. We have successfully passed many milestones along our journey to end photo-fraud statewide and we are anxious to report the next victory, thank you for your contribution.