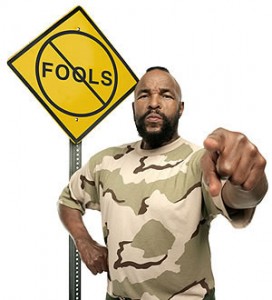 Back in August the Washington State Wire wrote an article about some of the dirty tactics employed by traffic camera vendor, American Traffic Solutions (ATS). The appearance of public support is an important factor in selling the photo-enforcement systems to municipalities across the state.

The Washington State Wire’s article goes into great detail about the front group they formed and used to file a lawsuit aimed at preventing Mukilteo citizens from having their voice heard though the Initiative process.

It also talks about the many other front groups that they have formed all across the nation.

Since the Mukilteo Initiative passed 70% “Yes” vs. 30% “No”, there have been quite a few articles written about it. They have been littered with pro-camera comments by “people” that are in love with the cameras… but how could that be when the initiative passed with such a wide margin? It all makes sense when you realize that they are probably written by an ATS employee.

Here’s an excerpt from the
The Washington State Wire’s article:

Nick Sherwood and his wife Tiffany, operators of the Bancams website, have been Googling everything they can find. They say they’ve uncovered what appears to be a coordinated effort to influence public opinion on the Web. For instance, when stories about anti-camera campaigns show up in local newspapers, the same observation always seems to appear in comment sections, with the same wording, even the same missing comma. It contains this line:

“Seriously, you don’t hear non-smokers complain about cigarette taxes so why should we believe these whiners are anything but reckless drivers who don’t want to get caught?”

It’s shown up hundreds of times, everywhere from The (Everett) Herald to the Washington Post. Sometimes there’s a name attatched to the posting, sometimes there’s a local-sounding pseudonym like “Old Tusconite” or “Titanvols” – it makes sense in Nashville, where that one showed up. Google the sentence and it turns up too many times to count. Then Google some of those names and you’ll find many more postings, all making similar pro-camera arguments.

There’s also the strange thing that happened when the Sherwoods went on vacation for a week. They have a “poll” on their website that asks visitors if they think cameras are about safety or money. When they left, it stood at 30 for safety and 700 for money. When they got back, it was 930 for safety. They traced the extra 900 votes to a single computer server in India. It used a program to change the IP address by one digit each time a vote was cast. Same thing happened with a similar poll on an anti-camera website in Baytown, Texas.

Keep in mind the Sherwoods can’t prove who was behind those efforts. But after uncovering all those “citizens-group” websites, they say their suspicions are heightened, to be sure.

“Somewhere there’s a group of people sitting around and trying to convince people cameras are a good idea,” Mr. Sherwood said.

We hate to say it, but you can’t believe everything you read on the Internet – especially when it comes to comments supporting traffic photo enforcement cameras.

Although the red light and speed cameras are despised for a number of reasons, with one of the best likening them to crack cocaine and cities getting addicted to the money they bring in, batches of comments always seem to crop up in support of them.

These supportive comments, seemingly written by real-life citizens with real-life concerns, pop up like buffelgrass on traffic camera articles throughout cyberspace. Read the entire article here

BanCams.com hopes that our victory in Mukilteo, with 70% support from voters, shows beyond a doubt that substantial support for photo-enforcement systems, simply does not exist. The citizens of Mukilteo have destroyed the myth that photo enforcement systems are an acceptable form of traffic enforcement and have declared that real traffic engineering solutions need to be applied.