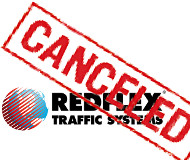 News out of Chicago is that Redflex has been bribing cities, including cities in Washington State.

Here’s part of the article from the Chicago Tribune:

A fired executive of Chicago’s beleaguered red light camera company alleges in a lawsuit that Redflex Traffic Systems doled out bribes and gifts at “dozens of municipalities” in 13 other states and says he is cooperating in an ongoing federal investigation.

The explosive allegations, accompanied by few specifics, suggest investigators may be examining Redflex’s business practices around the country in the wake of the company’s admission last year that its flagship camera program in Chicago was likely built on a $2 million bribery scheme.

Rosenberg said that during his tenure Redflex “bestowed gifts and bribes on company officials in dozens of municipalities within, but not limited to the following states: California, Washington, Arizona, New Mexico, Texas, Colorado, Massachusetts, North Carolina, Florida, New Jersey, Tennessee, Virginia and Georgia.”