Copy of the letter that was sent to the city of Monroe this morning: 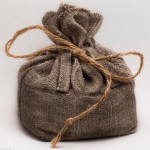 We, the sponsors of Monroe Initiative #1, want the attached argument to be used in the November voters pamphlet against Proposition 3.  Since November, 2010, the Mayor and City Council have worked tirelessly to block the citizens of Monroe from having a meaningful voice in the process.

In November, you told the media that ticketing cameras wouldn’t go forward without a public hearing (Monroe) Mayor wants hearing on cameras, Everett Herald, November 13, 2010, Concerns raised by Tim Eyman about the public’s lack of input in the process influenced his thinking on the issue, Zimmerman said.  Voters in Eyman’s hometown of Mukilteo recently approved a measure making it difficult for the city to install traffic enforcement cameras.  Zimmerman said the 71 percent vote was a factor in his decision to ask for a hearing. https://www.heraldnet.com/article/20101113/NEWS01/711139962.  In the ensuing days, citizens read:  “Monroe‘s mayor says he is eager to hear what residents have to say about the issue” and this “Nothing is final until residents of Monroe have spoken,” Zimmerman said.

After the media went away, you reneged on this promise.  So we moved forward with Monroe Initiative #1.  At any time during the initiative’s four month signature drive, the Mayor and City Council could have put the issue to a public vote – you never did.  After a Herculean effort, over 2100 citizen signatures were turned in.  The four of us, with the hard work and support of scores of volunteers, clearly illustrated that the citizens wanted to vote on Monroe Initiative #1.  Rather than listen to the people, you used Monroe citizens’ tax money to hire a Seattle law firm – Ogden Murphy Wallace – to sue.  The law – RCW 35.17.260 – clearly required the Council to adopt the initiative or put it on the ballot.  You did neither (unlike the city councils in Mukilteo and Bellingham who voted unanimously to let their voters vote on the same initiative – both survived court challenges).

You then delayed filing your lawsuit making it impossible for Monroe Initiative #1 to be on the November ballot (the court is scheduled to hear the case in mid-September, long past the August 16th deadline for the general election ballot).

Then, to sidestep the initiative and manipulate the voters, the Mayor and City Council jury-rigged an alternative ballot measure.  Proposition 3 deceptively gives voters a false choice:  it asks them whether or not they want to continue the automatic ticketing camera program after 2013.  It never lets the voters vote on whether or not the people of Monroe want the ticketing cameras removed now, not later.  You even used city revenue to insert a pro-camera letter into Monroe citizens’ utility bills, never telling them that there are several ways for the city to get out of the contract early without violating the contract.

Monroe’s Mayor and City Council have repeatedly acted in bad faith when it comes to the handling of Monroe’s automatic ticketing program and repeatedly blocked giving voters the chance to express their choice in an honest up-or-down vote.

Nonetheless, on behalf of the 2100 citizens who signed Monroe Initiative #1, the four of us want to make it clear that we want the attached argument to appear in November’s voters pamphlet opposing your deceptive Proposition 3.  We want this argument because it not only encourages them to vote no, but it also informs them about the initiative, the city’s lawsuit, and the fact that there are several ways for the city to get out of the contract early without violating the contract.

But here’s the worst of it:  we learned last week that the Mayor and City Council chose Chad Minnick, a paid political consultant for the pro-camera Mayor and other pro-camera city council members, to write the anti-camera argument.  To illustrate his views on this issue, here is an excerpt from his July 4th, 2011 email to Tim Eyman:  “I was hoping you had the ability to see a bigger picture.  What you are saying to me is that your vision is too myopic.  I don’t give a crap about your red light cameras.  I do, however, care about other more important issues.  And if one of my conservatives loses an election because you brought your snake oil sales cart to my town then you will have gained an enemy that you could well have avoided.  Take heed, Tim.  Back down and work WITH me, not against me.”

Over the weekend, Nick Sherwood asked him to resign because of his clear conflict-of-interest.  He refused.

Is there no limit to how much obstruction and manipulation you’re willing to use in your crass effort to maintain your profit-making pursuits?

As far as the voters pamphlet argument against Proposition 3, the people of Monroe deserve to hear from actual opponents of the cameras, not a hand-picked political crony of the pro-camera Mayor and pro-camera City Council who admits his only goal is to protect his clients.

“Those who would give up essential liberty to purchase a little temporary safety deserve neither liberty nor safety.” Benjamin Franklin