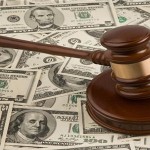 ATS and Bellingham had a secret meeting about ATS filing a lawsuit, just weeks before ATS filed a lawsuit to stop the initiative.

Records I obtained through a public disclosure request indicate that on that at 10 a.m. on Saturday, Pike and City Attorney Joan Hoisington participated in a conference call with ATS.Hoven wrote on Friday that he thought they should talk before the council that following Monday met and decided how to address the initiative. The documents indicate an invitation was sent to Vanessa Soriano Power, Seattle-based attorney for ATS, was invited to participate.

As we know now, Power later filed a lawsuit seeking to keep the initiative off the ballot. A Whatcom County Superior Court judge last Wednesday rejected it, but ATS vowed to appeal.

We also learned from the Bellingham Herald that, according to Michael Lilliquist, if the voters decide against the cameras in November that Bellingham will likely cancel their contract with ATS.

I asked about his reaction if voters in November vote against the cameras. “If the voters decide to keep the cameras or get rid of them, that’s what I’m going to listen to,” Lilliquist said. “I don’t really care about ATS.”

You can read the entire article here: https://blogs.bellinghamherald.com/politics/politics/lilliquist-if-voters-approve-anti-traffic-cam-initiative-council-will-likely-cancel-ats-contract-asap/