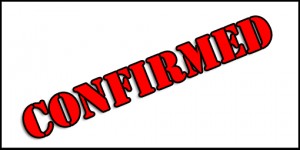 The Everett Herald has proved what we have long suspected, ATS was, in fact, behind the “Mukilteo Citizens for Simple Government”

Kroske, who last summer was vice president for business development at American Traffic Solutions, told the mayor by email that the camera company had retained the law firm Stoel Rives in Seattle to challenge Eyman’s initiative, the first of its kind in the state.

“We would like to get the Eyman initiative stopped before it goes to vote,” Kroske wrote at the time. “It is a bad president (sic) to have a vote over police powers, and weakens the elected positions. We have hired a strong Seattle attorney firm … but they need a Mukilteo resident to use for the filing.”

Kroske’s email identified Vanessa Power, a partner at Stoel Rives, as the lawyer representing American Traffic Solutions. Kroske said the lawyer could mount the challenge by filing a lawsuit naming Marine as a defendant, but bringing the action in the name of “a resident might look better.”